Have Mercy (The BR Cut) 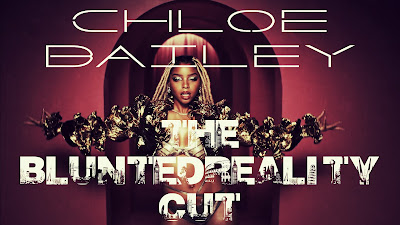 A few months ago, the goddess Chloe Bailey blessed us with a hot music video, the likes of which we've never seen from her before. However, judging by how she's been showing out on her IG and TikTok, this was bound to happen. We here at BluntedReality were so happy that we got out the scissors and glue and made our own BR cut. Happy Monday!

The Wrld on GCW 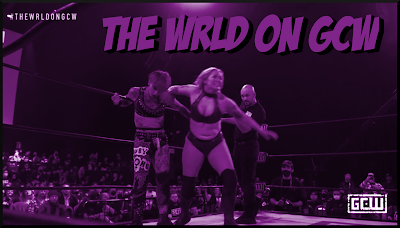 The Wrld on GCW was a show that flew under the radar for me. Yes, the main event would be Mox vs Homicide, and I really wanted to see that, but what would make the show for me would be Allie Katch vs Ruby Soho. Allie Katch is the former Allie Kat from the indies. I saw her in person win a battle royal, so I know she’s tough business. Ruby Soho has been riding a wave since leaving the WWE. Her AEW debut was a thing of legend, and while she came up short in the TBS Championship tournament, she is one to watch during this “Forbidden Door” era of wrestling. Seeing these two go at it would definitely be a treat.

Oh, but the match we got was not the business for me. Hit the jump for a brief review of this match and Homicide vs Jon Moxley.

At This Point We're Only Watching For Mandy Rose 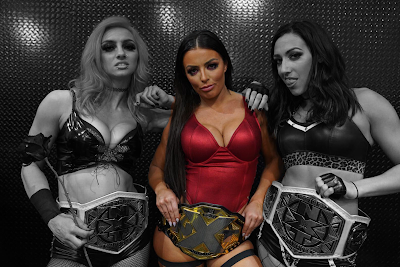 Mandy Rose has seen a career resurgence since returning to NXT, where some say she never should have left. When WWE began to be transition a lot of its prominent talent away from the former black and gold brand onto the main roster, Mandy appeared with her new group. She immediately got everyone’s attention by challenging for the NXT Women’s Championship and winning it at Halloween Havoc. From there it was evident she was going to be a centerpiece of WWE’s third brand. The Internet hated it, as her presence on their once beloved show became a symbol of change.
NXT has now transitioned back into what it started as, a developmental brand with the intention of showcasing its young roster in the hopes that they’ll evolve into main show stars. A lot of NXT fans have jumped to rival AEW, and the ones that remained got to see a cavalcade of new people, including Bron Breaker, Von Wagner, MSK, and Duke Hudson. These are all very capable talents who will one day be huge on Raw and Smackdown. However, the star of the show is clearly Mandy.
Read more »
- December 15, 2021 No comments: 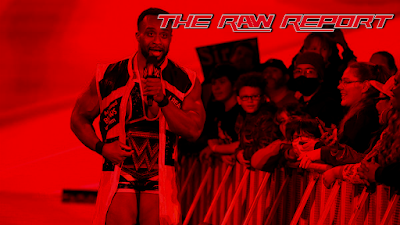 Big Brother Almighty and MVP come down to cut a boring 20-minute promo. Bob says he showed everyone last week what happens when you mess with him. MVP says Bob is like Candyman, there is one good movie, and then a bunch of awful sequels. MVP says this generation of superstars shows a lack of respect, and all they do is whine and complain, doing everything in their power to whine their way into a WWE championship match. MVP implores Pearce and Deville to add Bob to the championship match at Day 1.

Kevin Owens comes down. He says he’s not disrespectful… He never said Bob’s name and frankly hasn’t paid him any attention in two years. KO says Seth Rollins and he earned their way into the title match, and Bob has not. Bob does not belong in that match!

Sasha Banks is Back! 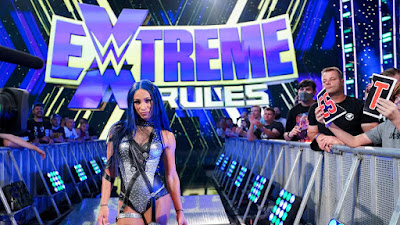 At last night's WWE pay-per-view, "Extreme Rules," Sasha Banks "The Boss" made her return. She interrupted the Bianca BelAir vs Becky Lynch championship match just as Bianca was going to put Becky away with the K.O.D. Sasha had not been seen since August when she was set to compete against Bianca in a rematch for the same championship. 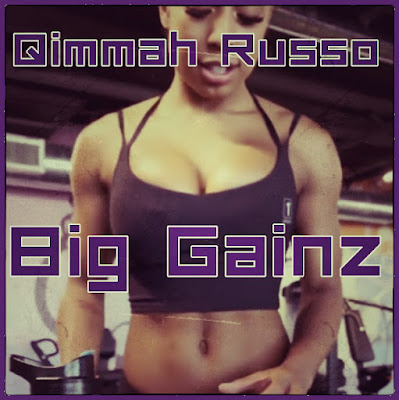 Qimmah blessed the timeline once again and hit us with this big gainz video. This is the BR edit. Hit the jump to see it. Edit by me. Beat by Yung Kartz 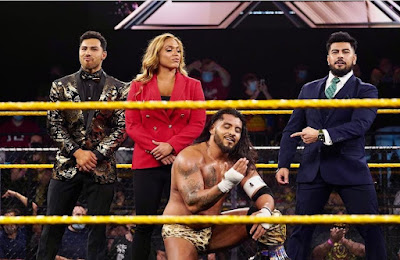 Wade Barrett's cringey "You don't mess with familia," aside, this was awesome. Although it makes you wonder why they're killing Carmelo Hayes so quickly. He just won their rising star, or whatever, tournament, and now, not only do they have him get bodyslammed on the outside by a ring valet, they have him lose in a dumb babyface fashion. Granted, he lost to one of their top stars, but it also makes you wonder why they were wrestling each other in the first place. Why doesn't he wrestle a job guy, or someone they're not even pushing, like Drake Maverick, or someone.

That being said, LOOK AT THE POWER OF ELEKTRA LOPEZ! I've got my eye on her. She's gonna be wearing that NXT Women's strap at some point in the near future. That is, if they don't kill off NXT next week with the rebrand. Stay tuned.